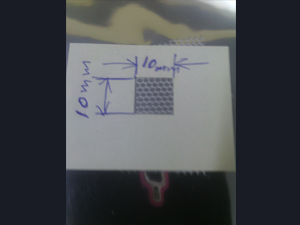 These are Tamper evident Selective Pattern Release Films on which Holograms are made. If an effort is made to remove the holograms after application at the desired place, then they show the damage as depicted in the pictures shown To clearly indicate that an effort has been made to tamper with the Holograms